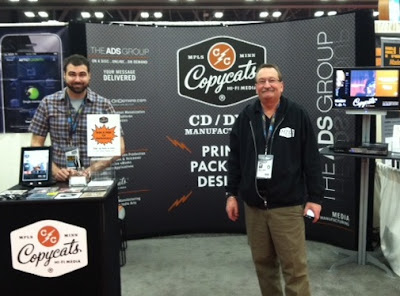 The sun is shining in Texas as the 2012 SXSW trade show kicked off!

Doors opened at 11 and the energy was palpable as the crowds of creatives rushed in. Justin and Mitch were ready with smiles and samples and have been busy talking up the COPYCATS name.

The music festival doesn’t even begin until tomorrow, but we’re already kicking booth and taking names.

With film screenings and music showcases everywhere we turn, the toughest thing is figuring out how to be everywhere – at once.

Stay tuned throughout the week as we keep you up to date on what’s happening in Austin – at the show and on the streets.