Our Hearts Go Out to Dick Stevens and His Family

Mr. Richard Thomas Stevens peacefully passed away at his home on Sunday, April 28 2013 at the young age of 71.

Dick’s endearing smile and sense of humor will sadly be missed by us all who knew him but his passion for literature and the spoken word will be irreplaceable.   His desire began at an early age and developed a deep appreciation in the early 60’s during his time at The University of Minnesota where he graduated with a BA in English Literature. 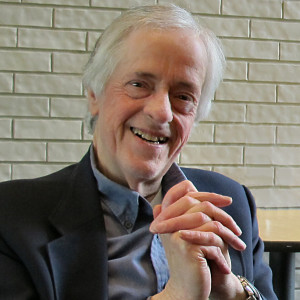 After graduation he advanced his skills at RCA radio as a Producer and Marketing Executive developing and promoting the art of Radio Broadcasting. His talents for developing the “live performance” and his script writing skills were honed to a fine edge with CBS radio in New York City.

At his time at CBS radio he established many long-term friendships and business abilities that helped him on his journey.  His stories about the “good old days” at CBS radio will always be an integral part of who Dick was and how most of us will carry on his memory retelling the stories to our friends and colleagues.

Dick was a wonderful business man and mentor.  His leadership and passion were excelled when Dick moved to EMC Corporation and Digital Excellence where he passed on his love of literature to his fellow workers and created a reputation of excellence recognized from sea shore to sea shore and beyond.

Dick’s passion for education, the arts and media development were obvious to all who were fortunate enough to cross paths with him.  He truly will be missed by the industry that he loved and most of all the people whose lives he touched and forever are a part of their memories.

Our hearts and thoughts go out to Dick Stevens:

To our great benefit, Dick was always generous with his sage advice and thoughtful counsel.  I, for one, will miss his, always, informative and educational stories from his CBS Radio days.  What I wouldn’t do to hear just one more story.  Rest peacefully, my friend.  Until we meet again.

I first met Dick Stevens in the early 90’s when I worked with Allied Vaughn.  We worked on one project together as my company copied the VHS tapes and EMC copied the audio cassettes.  I had great respect for him through over the years.  When ADS purchased DEI, we become work associates.   It was fun to reminisce with him and discuss projects and people that we knew in our careers.  He was a master story teller with a great sense of humor. Dick also was an avid reader and would bring me books of authors he thought I would enjoy.  He was very astute and his recommendations were always spot on. Thus I am grateful to him for expanding my somewhat limited scope of authors. Dick was a true gentleman and scholar; a pleasure to work with, and I will miss him. May he rest in peace.

Dick Stevens was one of the most gracious people I’ve had the pleasure of meeting in working with. Always willing to take time to help and mentor. He will greatly be missed.

It was my pleasure and honor over the past 5 years to work with Dick Stevens. Dick knew everything about audio production for the publishing industry where everyone knew his name and liked and respected him. Dick was a true Executive Producer, sales guy, engineer (if had to be). He always with a can do attitude and skill level to get the job done. Dick would never make demands he would always have time to find a way to solve production issues or a timeline. My lasting memory of Dick was like Howard Beal and Max Schumacher from the movie Network, Dick and I would sit around the office and trade our broadcast TV and publishing war stories. I will miss that the most. A giant in the industry he will not be forgotten.

Dick’s knowledge of our business was staggering, and he was a great mentor, but it’s his friendship I’ll miss the most.  Whenever I was in the building, whether it was at Digital Excellence or The ADS Group, if I hadn’t yet stopped in to his office Dick would always hunt me down, just to say “Hi” and ask about my family, my work and my life, and usually share a story or two.  He is greatly missed.

Dick was a wonder mentor and friend to me.  He always took the time to help and explain everything in detail.  I miss is sense of humor, laugh and smile!  He is greatly missed in the office.