Your day. Your city. Your future. 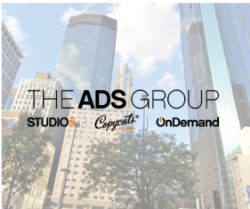 On April 26th, 2014 hundreds of filmmakers, non-profit organizations, and inspired citizens will document stories that most affect the future of the Twin Cities as part of a community-wide, participatory media-creation event.  The resulting media will be showcased in an interactive, geo-tagged archive and a TV series for public television on the future of the American city.  In addition, local media partners will exhibit the most powerful and inspiring videos created during the one-day filmmaking event.
[vimeo 88192447 w=500 h=281]

One Day in the Twin Cities from One Day on Earth on Vimeo.

Studio 120 is volunteering for the “One Day in the Twin Cities” event. Starting on a rooftop located in downtown Minneapolis, Studio 120 will capture the beautiful sunrise. Once the sun is high in the sky and the last cup of coffee is consumed, they will pack up and head out to an interview with the head of the light rail transit system to convey the importance of affordable transportation.

Throughout the day, Studio 120 will also place emphasis on housing in the Twin Cities by collecting locals viewpoints on the cost of living in the metro area, and the pros and cons about living in Minneapolis.

Studio 120 will finish the day with a look at the Twins Stadium while conversing with a few fans, get an inside look at the cities golf courses and last but not least, the local theatres.

The equipment used throughout the shoot, will be an AF 100 HD camera and a couple of Go Pros.