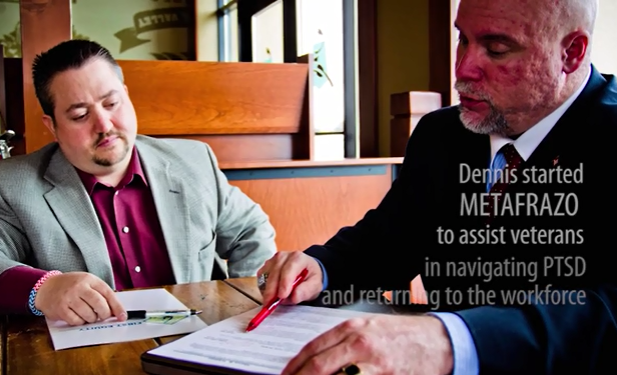 The ADS Group and Studio 120 are proud supporters of Red Cross. This year Studio 120 was responsible for producing all of the videos for the elected Heroes Award winners. These Heroes were nominated for putting others’ lives before their own and attending to human suffering in the time of an emergency.

The awards that were recognized Thursday, June 5th were for heroes in the Twin Cities for the following categories:

Shane Lineham received the First Responder award for saving the life of 17 year old Dan Mannon. Dan had set out to enjoy a day at Afton Alps, to experience snowboarding for the first time, when a life changing incident occurred. After a few times down the Bunny Hill, Dan collapsed and had a heart attack. Fortunately, Shane an ex law-enforcement veteran, was standing nearby and immediately took action. He bent down to Dan’s side and checked his pulse, he had none. Within seconds, the Afton Alps general manager Joe Yasis arrived with an automated external defibrillator (AED), which shocked Dan’s heart back into action. If it wasn’t for Shane, Dan would not be here today.
[vimeo 97260093 w=500 h=281]

First Responder 02 from Studio 120 on Vimeo.

Kate Ross was presented with the “Give Life” award for her participation for Red Cross’s blood drives. Kate was eager to participate in this movement, for she at one point in her life was in need of blood. Kate’s accident took place about 4 years ago when she fell asleep behind the wheel on an interstate in Minneapolis, MN. She plowed into a guardrail that went through her car and through her right leg. Kate was rushed to the hospital where she endured just under 20 surgeries and received more than 25 pints of blood. Kate’s leg suffered injuries that were beyond repair from the accident and she ended up losing her right leg. With that said, positive things can come from negative situations, Kate’s accident has taught her the value of life and the importance of being a blood donor. Kate states that if it wasn’t for them, she wouldn’t be here to tell her story.
[vimeo 96918654 w=500 h=281]

Give Life from Studio 120 on Vimeo.

Zoran Pedisic received the Good Samaritan award by showing courage and integrity when putting the life of an elderly man before his own. Zoran walked into work thinking it was going to be another typical day, when he saw an elderly man walking on the pier of Lake Superior. Zoran opened the door to his forklift and yelled to the man asking if he was OK. The man responded saying he was fine and continued walking to the end of the pier and climbed over the edge of the dock. At that point, Zoran realized something wasn’t right and jumped out of the forklift to try to interfere with the man’s desire to jump. Unfortunately he was too late and by the time he got to the man he had already dove into the frigid lake water. Zoran said that all he could picture was his father and knew that he couldn’t just leave the man to die, so he jumped in after him. Zoran grabbed the man and waited for help to arrive. Both men survived the incident and Zoran walked away a hero.
[vimeo 96911024 w=500 h=281]

Good Samaritan from Studio 120 on Vimeo.

Pat Harris was nominated by John Marshall for Red Cross’s Good Samaritan award because he showed leadership and commitment to our community for making a positive impact in bringing families and troops together for one of the simplest comforts, a family dinner. Pat serves national guards and their families both state side and internationally, steak dinners prior to deployment overseas. About two thirds into the deployment he does it again, except him and his staff bring the food to them in addition to preparing it there and serving it. The families also participate in this over live video feed so they can again be together enjoying a family meal.  His generous action has been taking place now for the past 10 years and in that time has reoccurred over 75,000 times.
[vimeo 96633427 w=500 h=281]

Community from Studio 120 on Vimeo.

Sydney Bo received the Youth Good Samaritan award for attending to the aid of a motorcyclist who had a collision on the interstate. The cyclist had been traveling at speeds of 75mph in a speed limit of 55mph. The man on the bike lost control and laid the bike down on the pavement. Sydney and her mother witnessed the accident take place. Sydney’s mom asked her to wait in the car for she didn’t want her daughter’s reaction to frighten the cyclist. All Sydney could picture is the thought of this person being her dad or brother; she would want someone to help.  Sydney disregarded her mom, got out of the car and rushed to his side to examine the state of his injury. The cyclist leg was severed below the knee but the cyclist was conscious. Sydney distracted him with questions asking if he knew his name, and if he had a wife and kids until help arrived. By keeping the man calm, the officer at the scene was able to work quickly on communicating with his dispatchers for additional assistance in order to save the life of the man in critical condition.
[vimeo 96909647 w=500 h=281]

Youth from Studio 120 on Vimeo.

Air Force Reserve Captain Dennis Davis is dedicated to preserving the lives and careers for those who served for our country. He is able to sympathize with the challenges of returning home to a civilian world. So when Dennis found himself unemployed he took the risk of starting up his own company in order to help veterans transition out of the military into the private sector or to life beyond the military. He assists them in translating the work that they have done serving our country and the values they learned from it, while providing them with the skills they need to survive and thrive outside of the military. Dennis states that these soldiers are capable of showing honor, integrity, and selflessness and that these are values that companies look for.
[vimeo 96019566 w=500 h=281]

Military from Studio 120 on Vimeo.

If you have an important cause your company is advocating for or are simply in need of a corporate video for your website, please contact Studio 120 today!