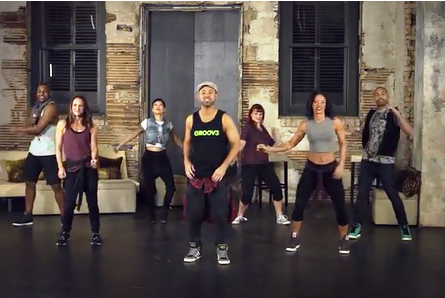 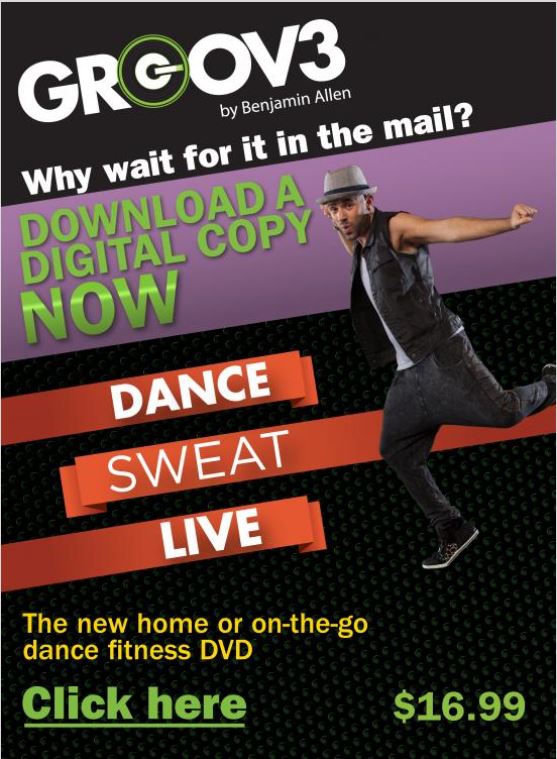 Benjamin Allen, Dancer, celebrity choreographer and founder of GROOV3™, “the feel-good, dance-party workout” that Elle Magazine has called, “LA’s coolest all-levels dance class,” Benjamin Allen has dance in his bones.  While growing up in Tucson, AZ, he was the type of kid who learned all the social dances at a young age for the bar/bat mitzvah scene and, later, shined at all the high school dances.  If there was a dance floor and a DJ, he was there.  In college, while earning a B.S. degree in Business and Communications at Arizona State University, he discovered a cardio-dance class designed for all levels, and his passion for dance was ignited.

So, with a great deal of passion in his heart, and a lot less professional experience, Ben decided to move to Los Angeles to make his name in show business.  With an “I won’t know unless I try” attitude, he sharpened his skills while exploring many different facets of the entertainment industry, from improv to hosting.  It wasn’t long before he was appearing in live stage shows and working in film and television, earning credits on the Kids’ Choice, People’s Choice and American Music Awards and on Scrubs and national commercials for Xbox, Subway, Cingular Wireless and Miller Lite.  As Ben gained recognition as a dancer and performer, he began choreographing routines for such major players as Will.i.am and Drew Barrymore.

How Ben became our client

The ADS Group and Studio 120 met Benjamin Allen when first exhibiting at The Idea World Fitness Convention in Los Angeles. Our team launched a campaign called, “Are you a Fitness Star?” We asked that interested participants submit a video clip of their fitness routine and tell us why they thought they were the next big star; in return the first place winner received a free full-length video production shoot. A lot of videos were submitted making our decision very challenging. In the end, Angela Leigh a talented fitness instructor and the founder of the innovative fitness program “Stacked,” came in first place with Ben following closely in second. Even though Ben did not receive first place, he was still determined to have a video. A few quotes and several conversations later, Ben was on a plane from Los Angeles to Minneapolis to shoot his first dance fitness video with The ADS Group and Studio 120.

Where is Ben now?

Since the shoot Ben continues to promote Groov3 at his studio in Los Angeles and exhibits every year at Idea World Fitness. He recently was featured in Fitness Magazine for being ranked 1 of 10 hottest fitness videos of 2015. We at ADS and Studio 120 had a lot of fun working with Ben and producing his popular dance-party workout!